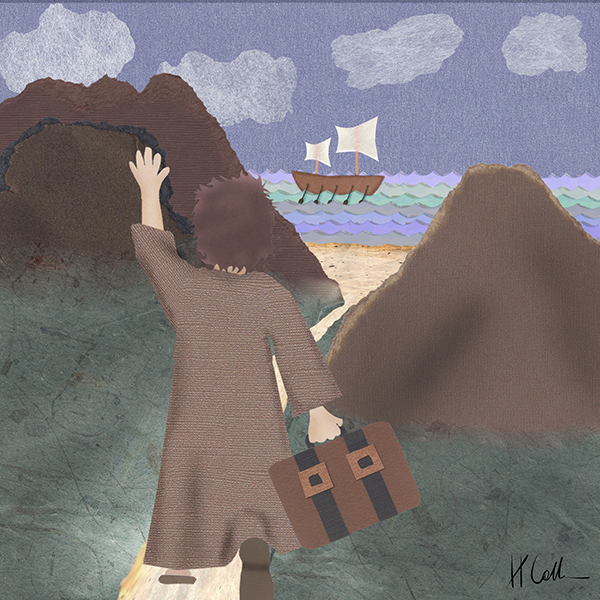 Jonah 1:10-12 (Common English Bible)
Then the men were terrified and said to him, “What have you done?” (The men knew that Jonah was fleeing from the Lord, because he had told them.) They said to him, “What will we do about you so that the sea will become calm around us?” (The sea was continuing to rage.) He said to them, “Pick me up and hurl me into the sea! Then the sea will become calm around you. I know it’s my fault that this great storm has come upon you.”

Jonah knows that if he is no longer on the ship, the storm will cease and the sailors will be safe. He confesses this to them and suggests they throw him overboard. This may seem as if Jonah has repented and is now willing to face the consequences of his disobedience.

But two things suggest that nothing has really changed. First, Jonah tells the sailors to pick him up (nasa) and throw him (tul) into the water. Jonah is an able-bodied man, but he’s not willing to stand up and throw himself into the raging sea. He is still not taking responsibility.

And, second, while he admits his guilt, he doesn’t repent. To repent means “to turn around from sin and dedicate oneself to the amendment of one’s life.” Jonah doesn’t turn around and start on the path to Nineveh. Instead, he decides that he would prefer to drown rather than to be obedient to God. “Pick me up and hurl me into the sea,” Jonah thinks, “and then all my problems will be over.”

Question:
When have you known you were headed in the wrong direction, but were still determined to keep on the same path?

Extra:
These experienced sailors would be used to storms on the Mediterranean Sea. Why do you think they were so panicked by this storm? In verse 11, we’re told that “the sea was continuing to rage.” The Hebrew halak means “to walk,” as in: “the sea got up and walked.” What does this tell you about the severity of the storm? How might you have reacted to being on a boat in the midst of this chaos?

This entry was posted in Jonah, Pondering Scripture. Bookmark the permalink.