Go Where? Do What? 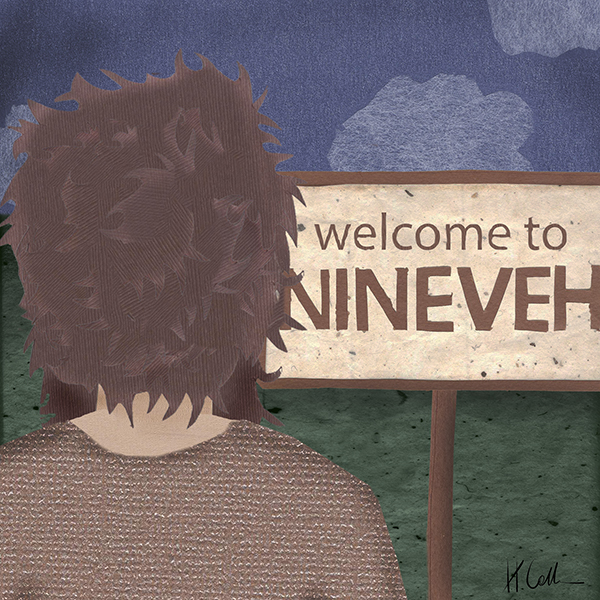 Jonah 3:3 (New Living Translation)
This time Jonah obeyed the Lord’s command and went to Nineveh, a city so large that it took three days to see it all.

After his initial refusal (and the terrible consequences that followed), Jonah has finally arrived at the city of Nineveh.

Nineveh was the capital of the kingdom of Assyria, in what is now northern Iraq. In Genesis 10:8-12, we learn that Nineveh was founded by a great warrior named Nimrod. (For those of you who grew up in the 1980s, yes, that is an unfortunate name.) Zephaniah 2:13-15 talks about the destruction of Assyria, including “its great capital, Nineveh” and Nahum 3:1 calls it a “city of murder and lies.” God called it the “great city of Nineveh” in Jonah 1:2. According to The New Interpreter’s Dictionary of the Bible, “The Old Testament thus presents two images of Nineveh: the arrogant city that deservedly suffers divine punishment and the repentant city that God spares.”

It’s important to note here that the Assyria Jonah has not entered is not an Israelite kingdom, and its capital city of Nineveh is not filled with followers of God. And yet God has chosen to call an Israelite prophet to proclaim their guilt and to call them to repentance.

Question:
Have you ever felt called by God to do something that didn’t entirely make sense to you at the time? Have you ever walked into a situation for which you felt entirely unprepared?