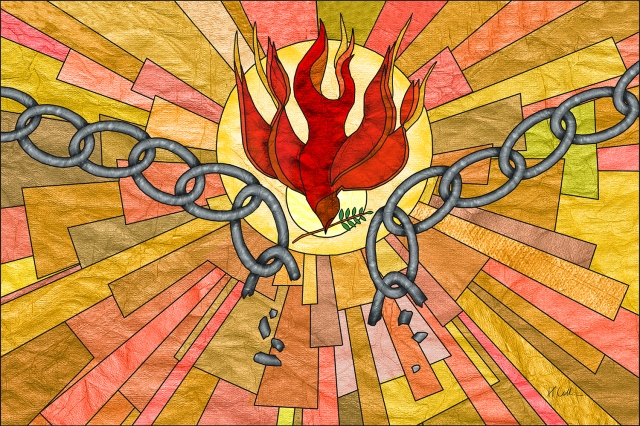 When the chief baker saw that Joseph had given the first dream such a positive interpretation, he said to Joseph, “I had a dream, too. In my dream there were three baskets of white pastries stacked on my head. The top basket contained all kinds of pastries for Pharaoh, but the birds came and ate them from the basket on my head.”

“This is what the dream means,” Joseph told him. “The three baskets also represent three days. Three days from now Pharaoh will lift you up and impale your body on a pole. Then birds will come and peck away at your flesh.”

Pharaoh’s birthday came three days later, and he prepared a banquet for all his officials and staff. He summoned his chief cup-bearer and chief baker to join the other officials. He then restored the chief cup-bearer to his former position, so he could again hand Pharaoh his cup. But Pharaoh impaled the chief baker, just as Joseph had predicted when he interpreted his dream. Pharaoh’s chief cup-bearer, however, forgot all about Joseph, never giving him another thought.

When I heard what Joseph told the cupbearer, I couldn’t wait for him to interpret my dream. Now I wish I had never spoken to him at all. He tells the cupbearer that things are going to be all wonderful and happy for him, but me? Poor me? He tells me that I’m going to end up with my head on a pole within three days. Great. At first I thought that maybe Joseph was just a crackpot. Why listen to anything he had to say? After all, if he was such great shakes as a dream interpreter, what is he doing stuck in a prison? If he was any good, he would be in demand all around the kingdom. So, no. I’m not going to worry. By now, the Pharaoh has forgotten all about us. I’ll just bide my time here. I don’t need to go back to that messy old palace kitchen to bake bread for the royal family. I like my head just where it is, thank you very much. Not that I believe anything Joseph said about the dreams. He doesn’t know what he’s talking about! Nothing is going to happen… Oh dear… The warden just said that the cupbearer and I have been released, and Pharaoh is asking for us. Suddenly the prison isn’t looking so bad.

The Pharaoh in Genesis lived in a pre-gluten-free world, where “baking bread and cakes was one of the most important food-preparation activities undertaken in the household on a daily basis… Bread was literally the ‘staff of life’: along with other foods made from wheat, barley, and other grains, bread was the primary source of carbohydrate in the Iron Age diet. Several hundred types of breads and pastries have been documented in ancient Near Eastern literature.”
The New Interpreter’s Dictionary of the Bible, vol. 1 (Abingdon Press: Nashville, 2006, 382.)

This entry was posted in Pondering Scripture and tagged Genesis, Joseph, Pharaoh. Bookmark the permalink.